That would be me. I saw these dolls at my local Wally's a month or so ago and decided I really liked them. At that point, I hadn't read any of the books nor seen any of the movies, so I didn't know anything about Harry's story. I just liked the dolls. I started with Ron Weasley and Hermione Granger. Then I got Harry, Ginny Weasley and Professor Dumbledore. Last but not least, I got Professor McGonagall. These dolls inspired me to go back and read the books and watch the movies. Now I'm a big fan! 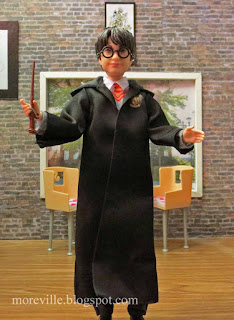 Here is Harry. Each of the kids came with their own robes. 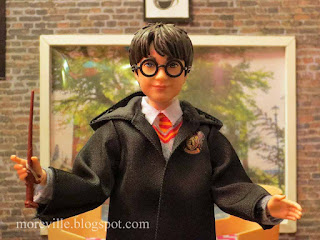 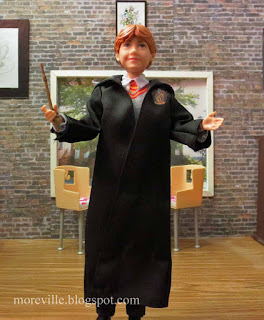 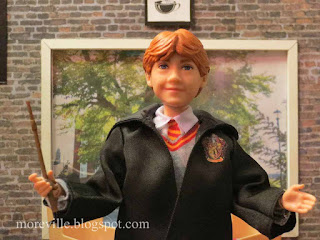 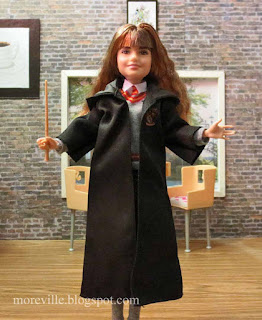 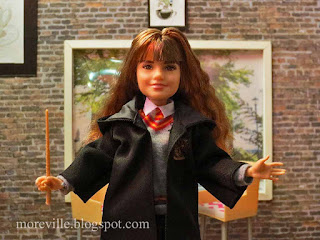 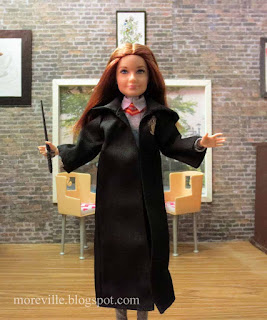 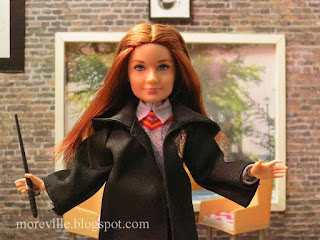 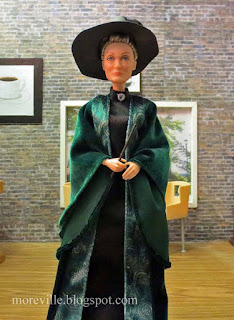 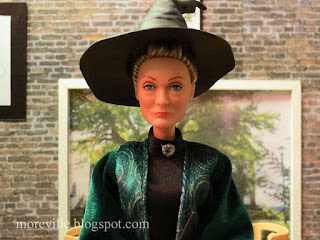 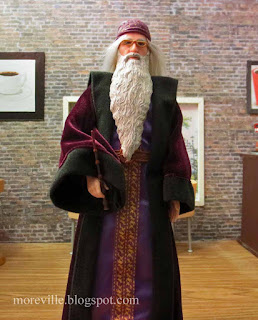 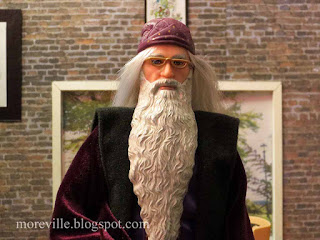 Close up. This is actually the Dumbledore from the first two movies played by Richard Harris. Sadly he passed away after the second movie was completed. James Gambon took over the role the rest of the way.

Mattel did a great job on these dolls. The likenesses to the actors and actresses are pretty good. I'm not a fan of painted hair, but Harry and Ron look perfect. All the other dolls have rooted hair including Dumbledore. All are also fully articulated. My hope is that Mattel will come out with dolls of Professor Severus Snape and Rubeus Hagrid. Snape is my favorite character. If Mattel releases one of him, I'll be the first one in line to get him. I love Allan Rickman's portrayal of him. :-)

Posted by Cindi Mortensen at 10:10 AM 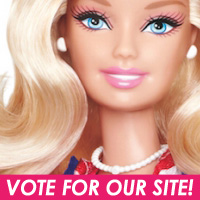 My Favorite Sites and Blogs